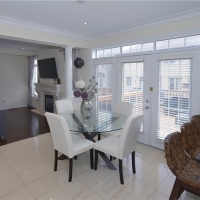 What Do Canadians Think About Home Ownership?

The head of the federal housing agency says more Canadians may have to rethink the idea of owning a home, especially in major cities where prices have surged. “The dream of home ownership may be fading for some,” Canada Mortgage & Housing Corporations president Evan Siddall said, as quoted by Bloomberg. “Housing affordability has become a serious problem in our major cities.”

Higher prices are likely behind a decline in Canadian home ownership rates, which have also fallen in other industrialized nations, Siddall said. Canada remains vulnerable to household debts that have reached 175% of disposable income, he said.