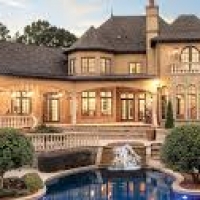 Two Storey, Bungalows, Townhomes, Condos: Which Increased the Most in Value in 2017?

Royal Le Page says that 2017 was the year of the condo as affordability issues made them more affordable in the priciest markets compared to other property types.

In Greater Vancouver, the median price of a condo was up 20.2% to $651,885 (18.7% to $775,806 in the City of Vancouver). “To prospective homeowners in our largest cities, condominiums represent the last bastion of affordability,” said Phil Soper, president and CEO, Royal LePage. “This is especially true for first-time buyers whose purchasing power has been reduced by tightening mortgage regulations.” “The unsustainably high rates of home price appreciation witnessed in recent years in B.C. and Ontario were dangerous to the stability of not only the housing market, but to the broader economy itself,” continued Soper. “Policy measures like the OSFI stress test will quell runaway housing inflation to an extent. However, we do foresee an upswing in demand in the latter portion of the year, as prospective buyers adjust to the new realities. To put it another way, the demand is still there.”