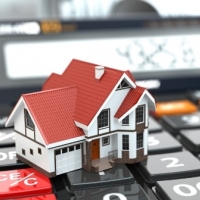 According to the Emerging Trends in Real Estate 2018 study published late last week by PwC Canada and the Urban Land Institute (ULI), over one-third of young adult Canadians aged between 20 and 34 are living with at least one parent. “Higher prices are spurring growth in multigenerational households in markets like Toronto and Vancouver,” according to the report. “Housing affordability continues to be an issue and concern for some parts of the country. Higher prices (rental and ownership) are driving people to smaller cities in search of less costly housing options. These new communities are developing as governments are increasing their investments in transit hubs connecting smaller cities and suburbs to urban centres.” The immediate consequence is that investors, developers and occupiers have begun reconsidering their approaches to Canadian real estate and property investment, “from ambitious intensification plans, to building communities, to investments outside major urban centres due to increased focus on new transit-centric hubs.” Another notable trend is that “developers are now focusing on building larger condos, and adapting homes that can accommodate the various needs of [multigenerational households],” the report added.